This articles provides you with fundamentals of Machine Learning by explaining supervised and unsupervised learning along with the various tasks that are performed using machine learning algorithms.

What is Machine Learning?

Machine Learning is the study and design of algorithms that can learn from and make predictions on data. This is achieved by building a model from the sample data, which is then used to make data-driven predictions.

More formally, Machine learning is described by Tom Mitchell as: "A computer program is said to learn from experience E with respect to some class of tasks T and performance measure P, if its performance at tasks in T, as measured by P, improves with experience E"

In supervised learning, we are given a data set and already know what our correct output should look like, having the idea that there is a relationship between the input and the output. It is a task of inferring a function from a labelled training data. Below diagram depicts supervised learning model - 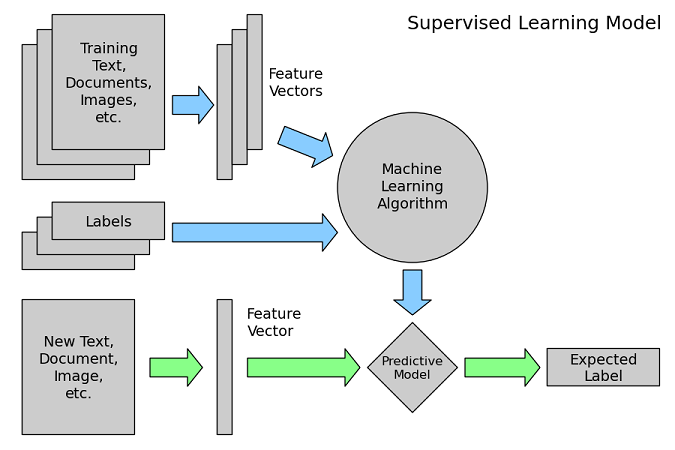 Supervised learning problems are categorized into Regression and Classification problems as described in following sections.

Unsupervised learning, on the other hand, allows us to approach problems with little or no idea what our results should look like. We can derive structure from data where we do not necessarily know the effect of the variables. Following diagram depicts unsupervised learning model - 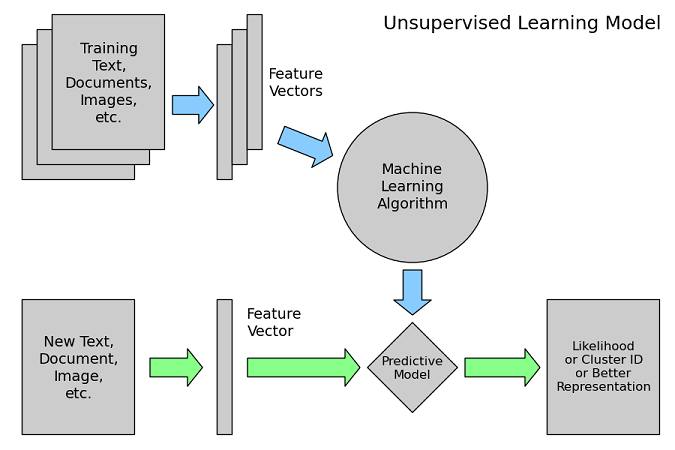 Unsupervised learning problems are categorized into Clustering and Collaborative filtering problems as described in following sections.

Many tools and frameworks have come up to help perform ML Techniques on Big Data in a distributed environment. Some of the popular ones have been listed below.