This article will get you started with Apache Kafka by talking about its characteristics, components and use cases.

While traditional messaging systems such as JMS, ActiveMQ, RabbitMQ have been quite useful in traditional scenarios, these are not efficient and useful in handling Big Data scenarios. Typically Big Data scenario requires handling hundreds of thousands messages per second. This is where Apache Kafka comes to rescue by providing us the capability of handling huge number of messages per second.

Although Apache Kafka is able to provide the performance needed to handle Big Data scenarios, it does not have as rich feaure-set as that of traditional messaging systems. Some of the functionalities that Apacke Kafkas lacks are message selectors, bridging and routing capabilities.

Apahce Kafka was developed by LinkedIn and is basically a commit log service providing messaging system capabilities. Here are some of the basic characteristics of Apache Kafka - 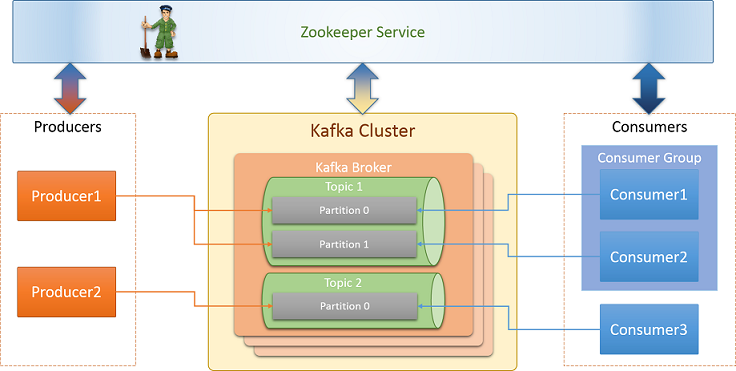 Use Cases of Apache Kafka

Apache Kafka is a reliable and mature project that is being utilized by industry leaders such as LinkedIn, Twitter, Yahoo, Netflix etc. Here are some of use cases of Apache Kafka -