This article introduces you to Apache Storm, a real-time distributed processing / computing framework for big data, by providing details of its technical architecture along with the use cases it could be utilized in.

Apache Storm does not have any state managing capabilities. It instead utilizes Apache ZooKeeper to manage its cluster state such as message acknowledgements, processing status etc. This enables Storm to start right from where it left even after the restart.

Since Storm's master node (called Nimbus) is a Thrift service, one can create and submit processing logic graph (called topology) in any programming language. Moreover, It is scalable, fault-tolerant and guarantees that input data will be processed. 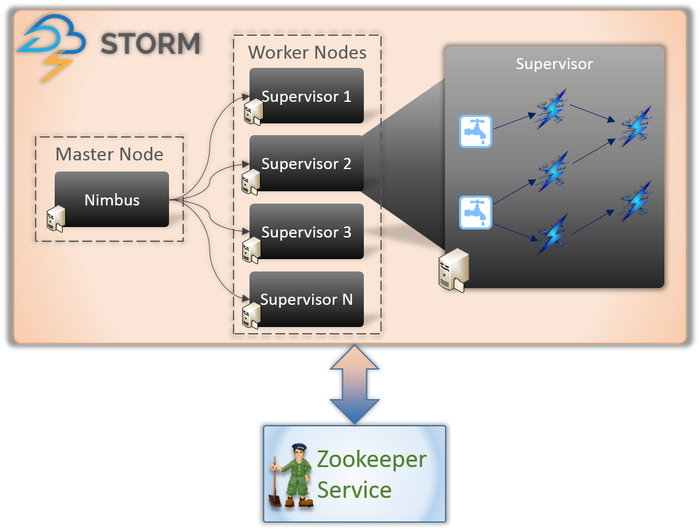 And here are the importand high level components that we have in each Supervisor node.

Apache Storm, being a real-time processing framework, is suitable for extremely broad set of use cases some of which are as follows -